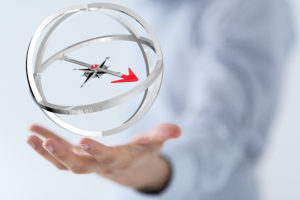 Have a question or comment? Connect with me at Julie.shipman@jwsgroupllc.com

On August 12, 2020 Joe Biden, the democratic nominee for president, selected his running mate for Vice President. For the second time in history, a woman has been selected for the VP position. Geraldine Ferraro was first in 1984. She was selected by Walter Mondale.

For the first time in history, a woman of color has been selected. That’s pretty exciting. Does it cause uncertainty? If it does, why?

Kamala Harris is going to be leaving a job she knows well. She has been serving as a US Senator for the State of California the last 3 years. Prior to that she was the CA Attorney General for 6 years. In her role as Senator, she serves on the Homeland Security and Governmental Affairs Committee, the Select Committee on Intelligence, the Committee on the Judiciary and the Committee on the Budget. Her resume is impressive and lends itself well to her new role. So where does the uncertainty come from? She’s taking on a big job. Big because now more than ever, her ability to influence, to lead by example and to actively work to heal a sizable fissure in the United States is paramount. Big because she is the Vice President to a President who is unlikely to run for a second term. Big because there is a perception that Vice Presidents don’t have the decision making authority or the scope of responsibility to lead in the way the president can.

Have you ever taken a role in a time of uncertainty? A big role at a time when the stakes were more important than ever before? Have you asked yourself these questions:

If these questions resonate with you, let’s talk. The Career Compass Program or Guided Coaching may be just the thing you need to plan and succeed in that new role.